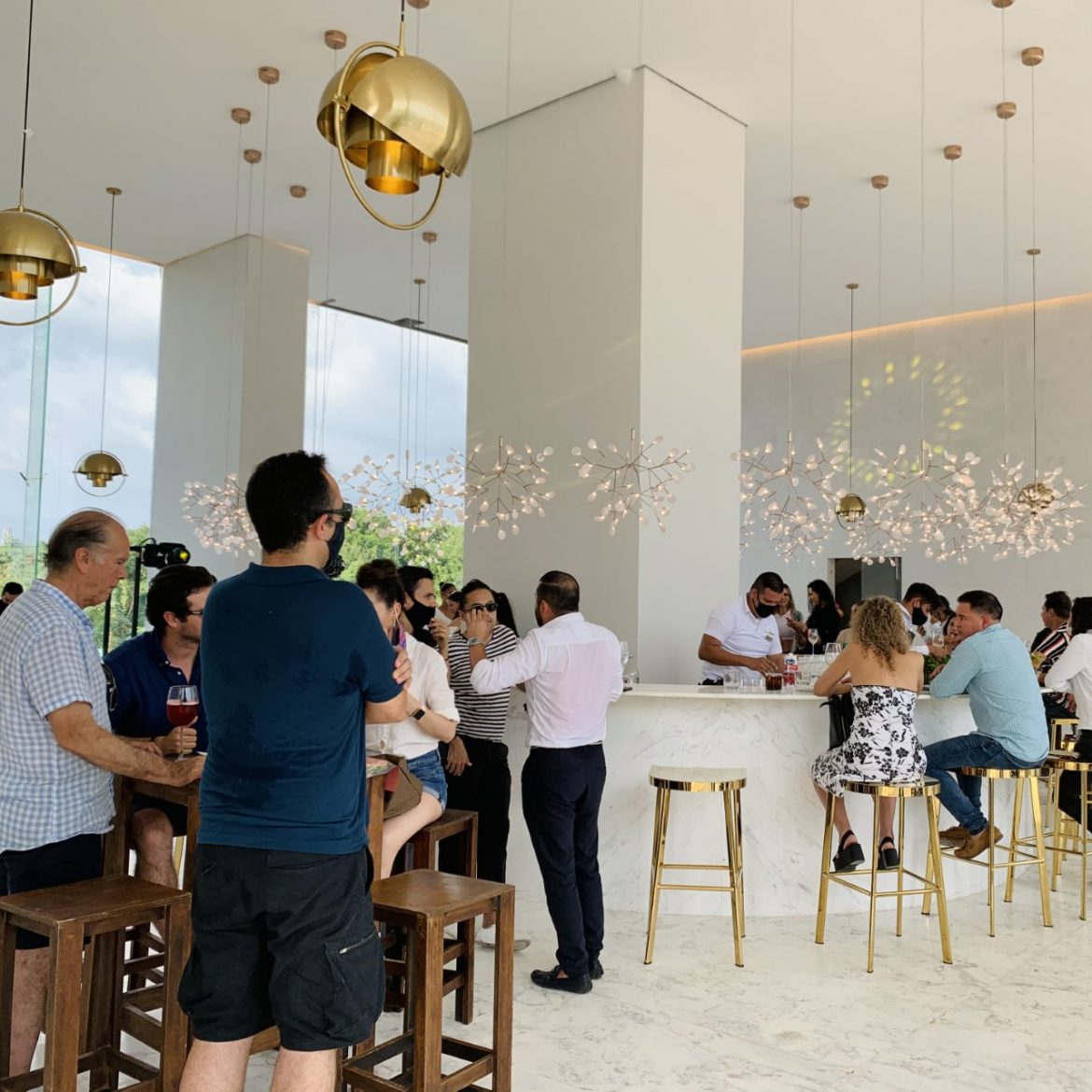 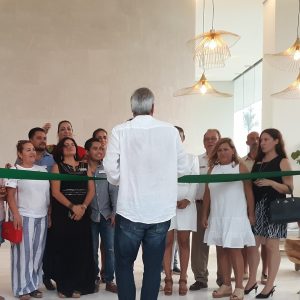 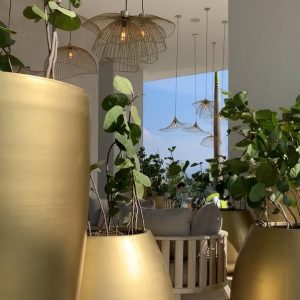 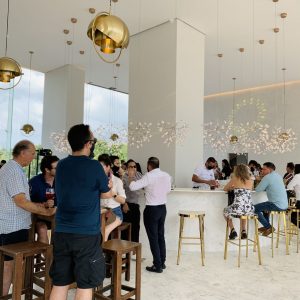 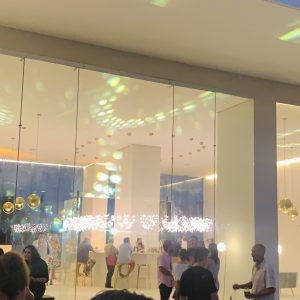 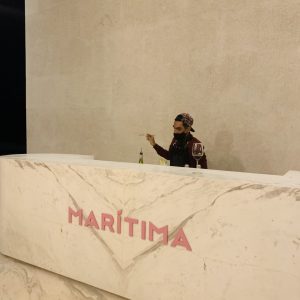 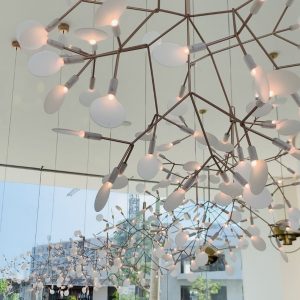 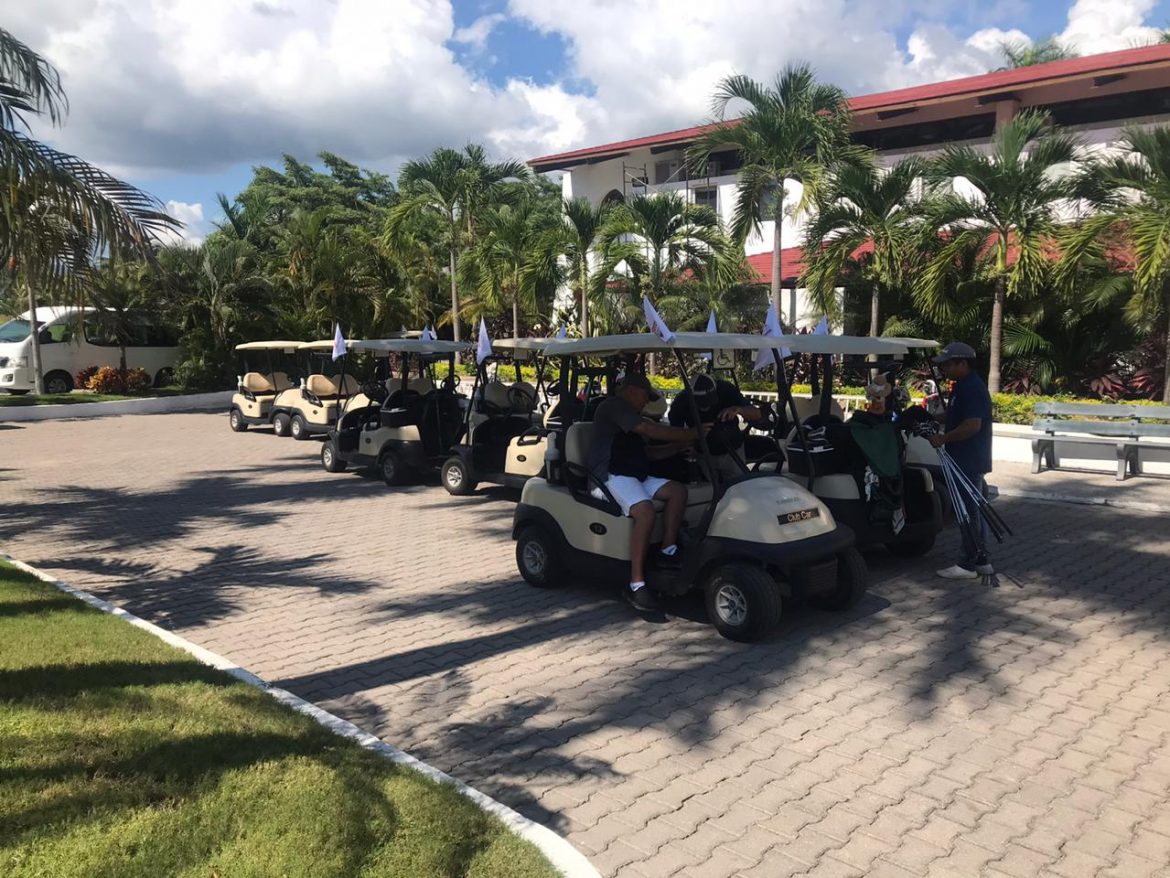 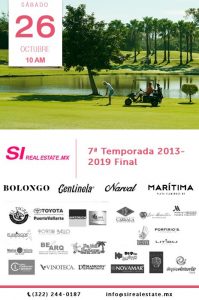 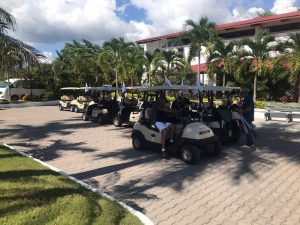 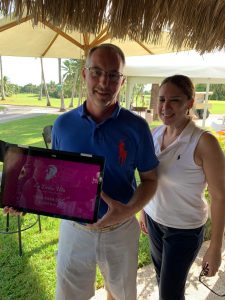 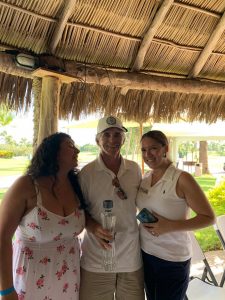 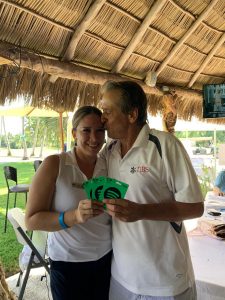 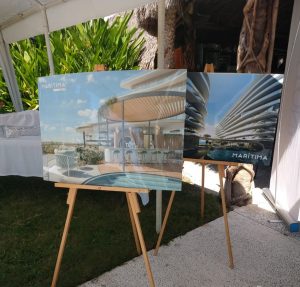 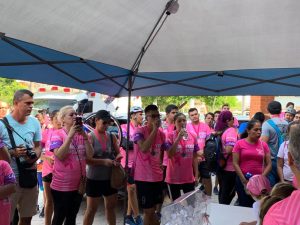 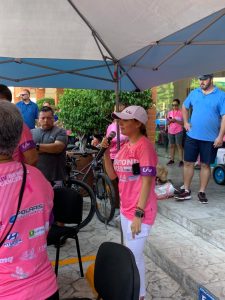 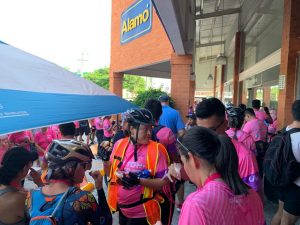 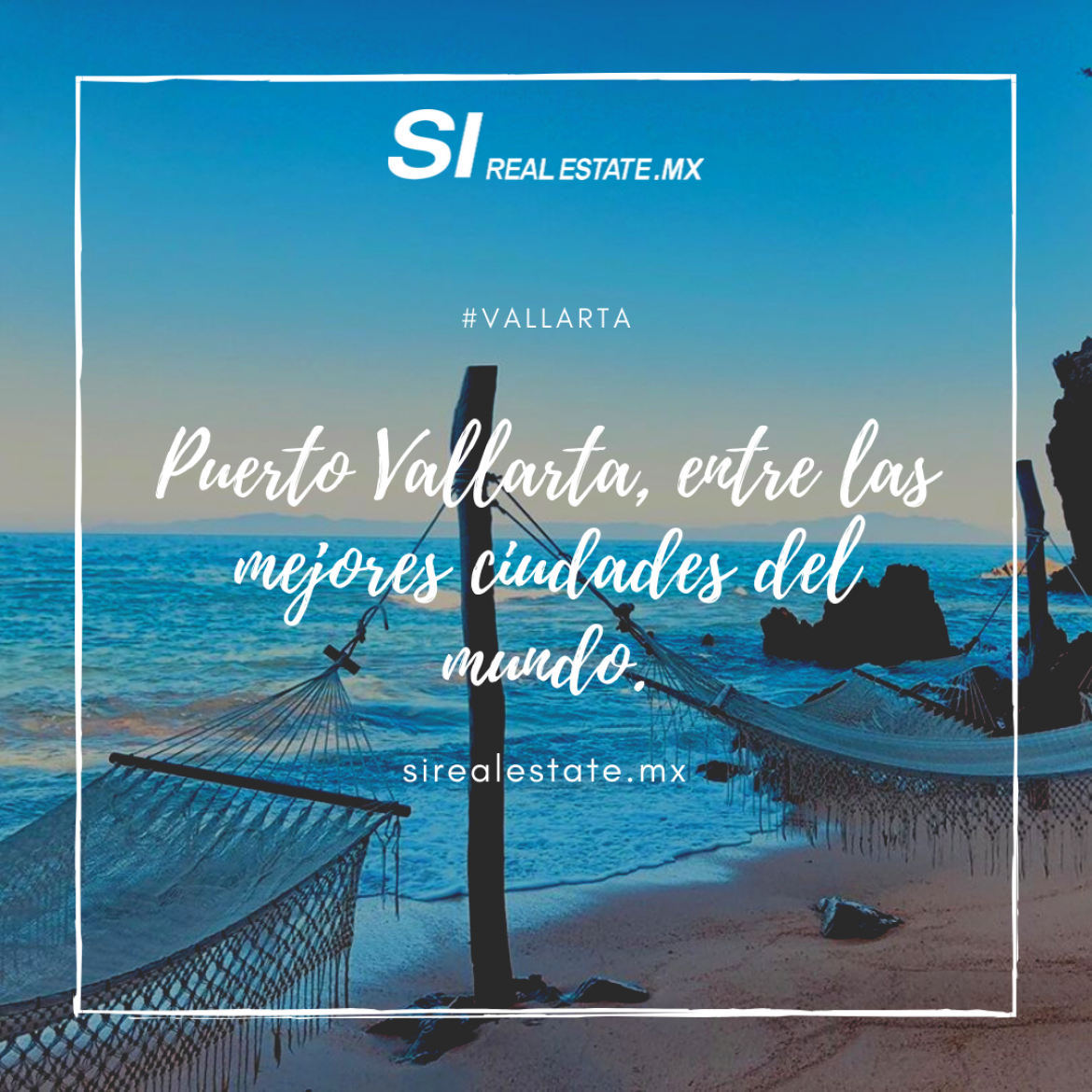 MEXICO’S RIVIERA NAYARIT AIMS TO BE NEXT GREAT BEACH RESORT 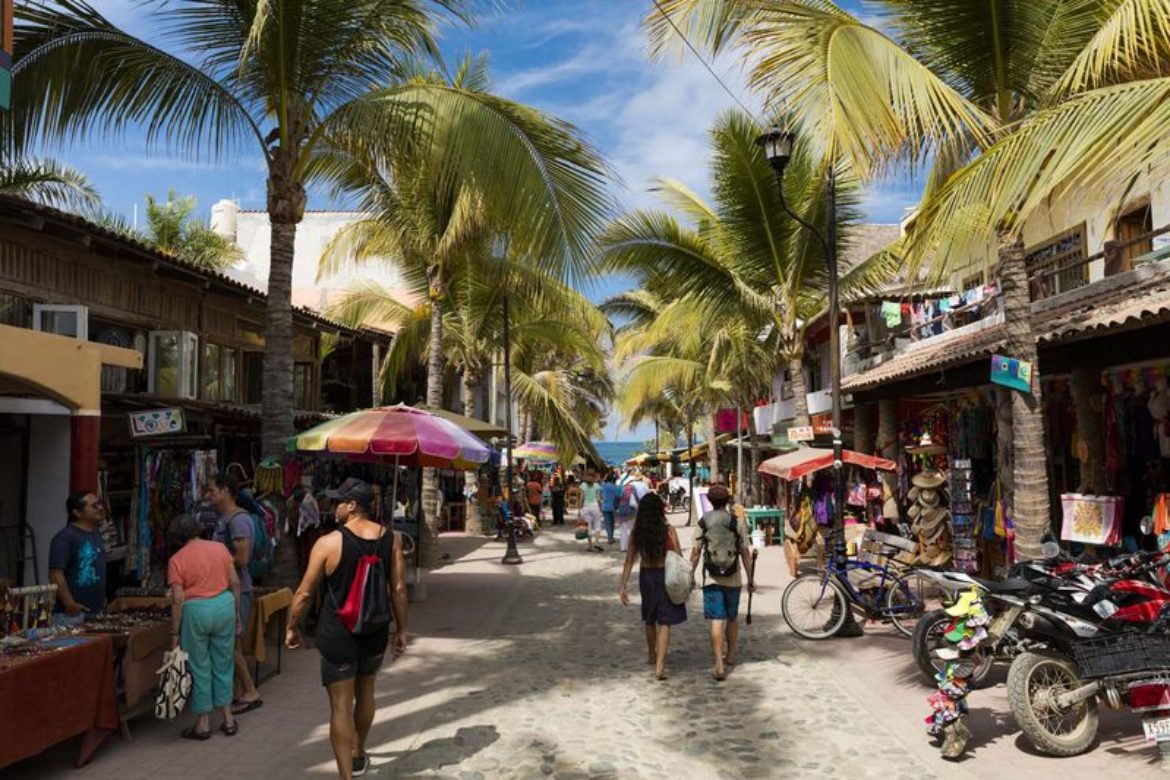 By
Nikki Ekstein
12 de septiembre de 2018 3:52 GMT-5
BLOOMBERG
You’ve likely never heard of Mexico’s next big vacation gold mine. After all, Riviera Nayarit made up its own name—and has only been using it for roughly a decade. But this 200-mile stretch of Pacific coastline, its southern tip is just a few minutes’ drive north of Puerto Vallarta, is about to burst onto the radar.

Between now and 2021, here on the southern edge, One&Only, Auberge, Rosewood, and Fairmont are all bringing their A-game to what they consider the next great beach resort, with Hilton’s tech-forward Conrad hot on their ultraluxury heels. A Cirque du Soleil theme park is in the works. And Six Senses, a leader in five-star, spa-centric hotels, is rumored to be inking a deal soon.

That’s just the start. Richard Zarkin, public-relations manager for the region’s tourism board, forecasts that Riviera Nayarit will gain 5,000 hotel rooms in the next five years, mostly in the form of small and high-end beach properties.

“We used to be seen as nothing more than a satellite to Puerto Vallarta,” says Zarkin, whose team once struggled to promote the region’s cluster of charming surf towns and fishing villages. (Of the bunch, Sayulita is the most famous.) “We still have a long way to go, but we are getting there,” he adds. Tourism has become the region’s largest generator of income, with $200 million in revenue in 2017 and an average hotel occupancy rate of 90 percent year-round. Here’s what to know and when to plan your trip.

“There’s something of a formula when you’re creating a luxury high-end resort,” says Mike Minchin, chief marketing officer of Auberge Resorts Collection, who fixed his sights on a Riviera Nayarit location in 2013.

The three things he looks for? A destination with immense natural beauty, a culture of warm hospitality, and ease of access.

Riviera Nayarit has all three. Its flat, pearlescent beaches are flanked by staggering, rose-hued bluffs and densely tangled jungle. That picturesque coastline is punctuated by soulful fishing villages and artistic communities that demonstrate a fierce pride for their regional culture—places that brim with Mexico’s genuine knack for hospitality. And direct flights, which were once limited, connect nearby Puerto Vallarta to 38 cities in the U.S. and Canada with daily service from both the East and West Coast. All this makes it prime for development, while Riviera Nayarit’s lushness makes it a very different destination than desert-chic Los Cabos, where few beaches are fit for swimming.

One&Only President and Chief Operating Officer Philippe Zuber counts the region’s lagoons, rivers, historical sites, and “excellent food” as key factors in deciding to open there. He says his guests will be able to go fishing or enjoy a wide variety of water sports from his hotel’s various beaches—or go on guided excursions to archaeological sites such as Altavista, filled with thousands of Aztec petroglyphs, and “Ancient Ixtlán,” a compound that dates to 100 AD.

“Our guests are always looking for something to discover,” he says.

Not that Riviera Nayarit is an unproven concept.

It’s been two decades since the area christened its first luxury hotel: a posh, hacienda-inspired Four Seasons within the gated community of Punta Mita. And while that hotel has leveraged the name of its residential development—it’s the Four Seasons Punta Mita rather than Four Seasons Riviera Nayarit—several of its high-profile regulars have brought gloss to the area. Among them: the Kardashians and the royal family of Norway.

“Punta Mita and beyond it, Riviera Nayarit, has had a long gestation period,” says the hotel’s general manager and Four Seasons regional vice president John O’Sullivan. “Now it’s finally coming of age.” The Four Seasons itself is in the midst of a four-year, $30 million renovation, which will see all of its rooms redone by 2019.

O’Sullivan says infrastructure developments and a booming economy are largely what’s led to the area’s sudden uptick. As flights to nearby Puerto Vallarta airport increased, the market grew from intrepid honeymooners to corporate travelers and families. “Now we have the infrastructure to service those markets,” he explains.

That trend is continuing. In the last year the destination has added direct flights from Los Angeles, San Diego, Toronto, and Calgary, and service will also be added from Panama in December, opening up access for moneyed South Americans. What’s more, a new highway connecting Riviera Nayarit to Guadalajara will be finished in October, bringing in vacationing Mexicans from neighboring states.

When and Where to Go

Travelers who want to get in early on the trend can plan trips now and stay at one of three already-excellent hotels: the Four Seasons and the St. Regis, both in the gated Punta Mita community on the far west end of the Punta de Mita peninsula, or a youthful-feeling W Hotel, closer to Nuevo Vallarta on the Riviera’s southern end.

Those who wait longer will be rewarded with a whole new spate of luxury accommodations. Of the six-star resorts coming soon, One&Only will likely open first, in early 2020. Zuber promises 108 rooms and villas, including several family-friendly “tree house” rooms that are suspended in the jungle canopy. There will be a restaurant on a cliff, private homes for purchase, and a swimmable beach that lets guests decide between lazy days or ample water sports options. All of this will be set within the new gated community of Mandarina, a competitor to Punta Mita farther north up the coast, past the towns of Sayulita and San Francisco, that will focus on sustainable, local sourcing and community development.

Also in Mandarina will be a Rosewood resort with 130 rooms, all facing either the mountains or the Pacific coast. A 10-room spa will anchor the amenities list, and fishing excursions will take guests into winding lagoons or out towards the marlin-packed Islas Marietas.

Auberge Susurros del Corazon (translation: “whispers of the heart”) will also open in 2020, with a rustic surf shack at the beach to emulate the nearby towns and three pools that cascade down from the bluffs to the beach. “Just like in Cabo, you’ll be able to see whales migrating here,” says Minchin, “and we’ll have a restaurant on a promontory with excellent views of the sea.”

When asked about the red-hot competition, Zuber, Minchin, and O’Sullivan all take the region’s growth in stride.

“You can drop four or five hotels anywhere and call it a destination,” says Four Seasons’ O’Sullivan, the original tenant. “The thing that makes Riviera Nayarit special is that it’s much more real than that—there’s so much cultural and natural appeal that we all gain by osmosis and proximity.”

Plus, he says,  the competition might inspire airlines to keep boosting their service, maybe even with business class-equipped aircraft. “Now that,” he says, “would be absolutely huge.”